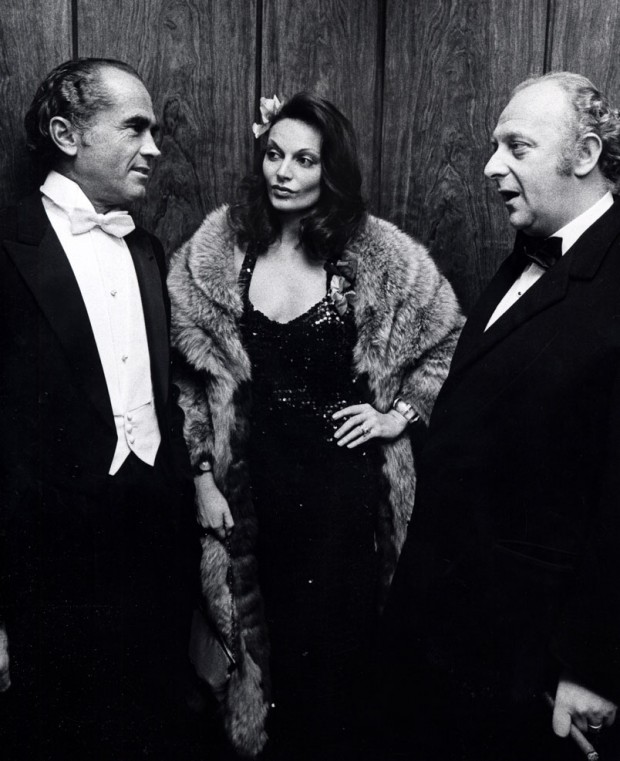 There is an image that I saw on the cover of New York Magazine last year and I immediately loved and felt drawn to. The issue was about the history of vertical apartment living lifestyle in New York.

And on the cover was a picture of Diane von Furstenberg from the 1970s where she is lounging on the bed in her unapologetically pink bedroom wearing one of her infamous wrap dresses with one leg propped up on the bed. As a result, her wrap dress has opened at her hip/crotch area and you can glimpse white underwear peeking out. However, Diane is unconcerned about whether she is exposed or not because she is preoccupied with a bunch of papers on the bed. In between her fingers, a gold pen is poised – caught in the process of taking notes and near the foot of the bed is a tray filled with a china tea service. 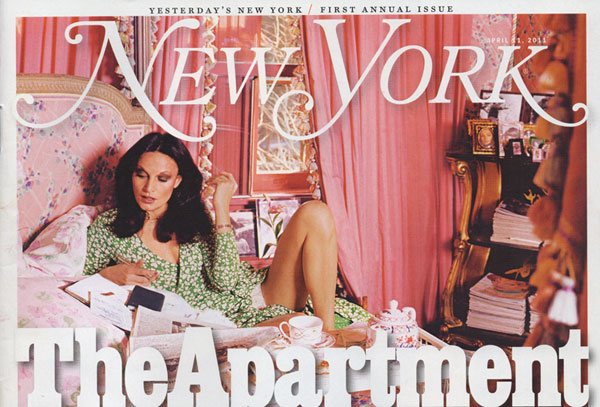 She’s young, glamorous and clearly fabulous. What radiates from that image is a woman who is in complete control of herself. It’s not seductive for the sake of enticing the male gaze. It’s an amazingly powerful image of a woman who is confidence personified. I’ve held on to that issue because it reminds me of one of my favorite quotes from Ms. von Furstenberg that has lingered in my mind ever since first hearing her say it a few years ago:

“I always knew the kind of woman that I wanted to be and I became that woman.” The reason that I have kept referencing this over the years is because even though the sentence is simple in structure it is HUGE in its theory.

Diane von Furstenberg has become a legend within the fashion industry for not only introducing the now ubiquitous wrap dress into our cultural lexicon but for being a woman who has always seemed to know exactly who she is. Here is a short clip of Diane explaining how she became the woman that she is today.

With all the external noise that surrounds us, sometimes it’s very easy to become distracted from our goals and thoughts. What Diane speaks of is something even bigger than just a goal. This woman didn’t just become an iconic fashion designer, she completely recreated herself. Yes, there are many additional factors to be given credit for turning humble beginnings in Belgium into recognition on a global scale; surely, luck, hard work, timing, connections, etc. But at the end of the day, it takes vision and an unwavering belief in oneself that you can manifest what your mind sees.

Here is a video clip of Diane sharing another amazing piece of advice on how the most important relationship you have is with yourself.

Now, our call to action must be tune out all the outside voices and the inner voice that sometimes has us believing that we are less than, not perfect, fat, stupid, ugly, whatever untruth that plays like a loop in your head.

STOP LISTENING TO IT.

The time has come for you to believe in and make yourself – whatever that entails for you. Whether it’s to write a series of novellas, raise a family, paint, be a CEO, whatever vision you have of yourself, hold onto it. Instead of worrying so much about what people think, be satisfied with what you think.

Even though they say that wisdom comes with age, you don’t have to wait until you are older and wiser before you implement these techniques into your life. Seize the moment and embrace the best vision of yourself. This is not to say that it will always be easy and that you’ll never believe a negative thing about you ever, ever again. In fact, it won’t be easy, you’ll slip and lose your way more times than not. When this happens, take comfort in the fact that when you know better, you do better. Which means that the times when you fall back into the negative self-talk pattern, hopefully you can recognize it in the moment and bring yourself out of it.

The same amount of effort that we put into trying to attract someone and wishing and hoping and praying for that special person to like, notice or love you. How about investing that effort into liking, noticing and loving yourself.? It doesn’t matter if you fall asleep to or wake up beside your perfect partner, your thoughts are your own. Your autonomy is your own and you should respect and honor that at all times.

Tagged with: advice • creating the best version of your self • diane von furstenberg • words of wisdom

each time i hear this woman speak, or read her words I’m ‘reminded of how thoughtful she is about one’s own life – she IS inspiring and a woman to bookmark for sure!
thank you for sharing!