We have to thank the powers that be for bestowing Beyoncé’s tumblr upon us. Filled with nothing but images of the diva and her friends and family – it’s an insider look into her ridiculously glamorous life. Who doesn’t want to spend a holiday lounging on a yacht or visiting exotic locales? Who? [silence] Exactly.

Then a picture was posted of her and Jay-Z sitting court side at a Knicks game and not only were they were being cute and affectionate but also wearing co-ordinated colors and patterns. Then more photos started floating around the interwebs of them at the game. Now, usually when I see couples matching outfits, I have an intense visceral reaction. I have been known to roll my eyes so hard that I could potentially create a migraine – but this was done tastefully. Seriously – take a look. 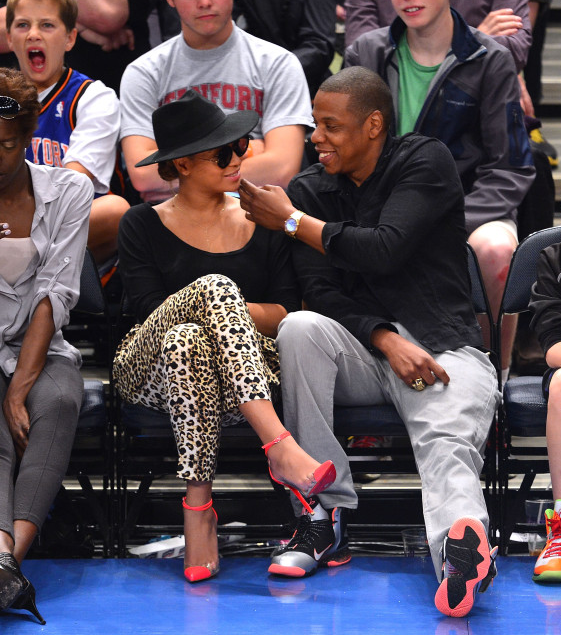 The hint of coral color in their shoes, in my opinion elevated their foot game. 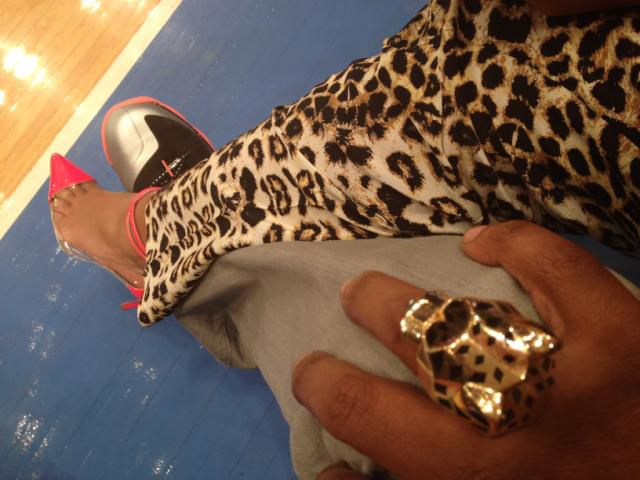 Ha. Matching animal prints in an unexpected way. I’m not mad at this, you guys. Separately, they look fine and side-by-side they still keep their individuality. They have managed not to look like desperate carbon copies. I will never full-out match a boyfriend/husband because that’s taking corny to a whole different level. However, I have co-ordinated with a boyfriend in the past with a hint of color or maybe wearing the same type of Air Jordans each of us in a different color pair; but straight up matching outside of Halloween and private school is not and will not ever be cool. It’s barely passable for twins and after the age of two, becomes overbearing.

What happens, is that these loving coordinators tend to think that they are expressing to the world how much they love each other and how in sync they are. All it tells me is that they are unoriginal and boring. 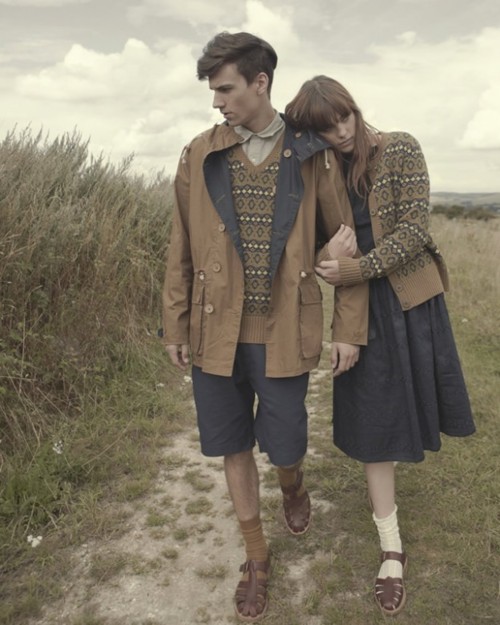 Individually these pieces work but on the BOTH of them at the same time is too, too much. It’s not only the same sweater pattern but the same color scheme and the SAME sandals with socks. Come on?! I know it’s for a ad campaign but I have seen couples like this in real life. 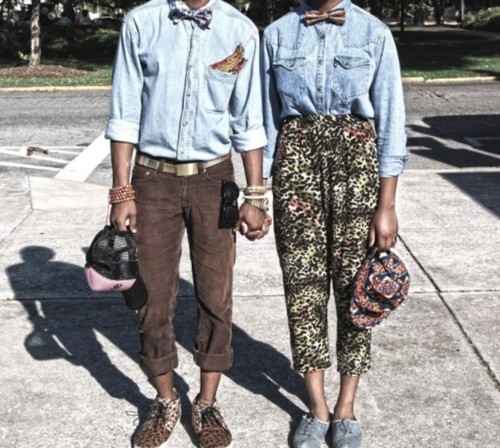 I don’t even know what’s happening in the photo above. On one hand, I have the initial urge to think it’s cute but very quickly that changes to a big fat NO.