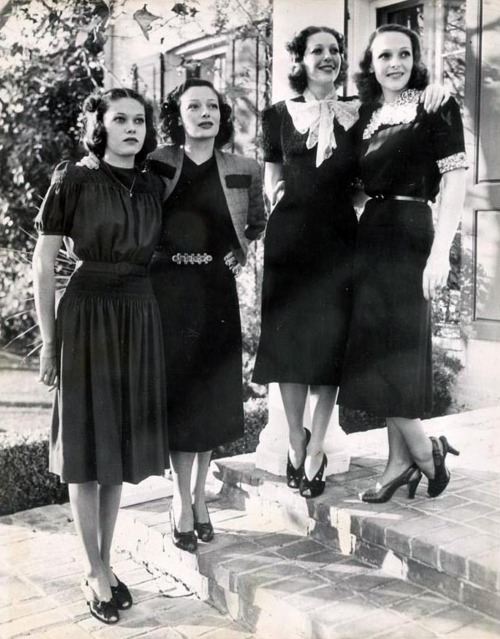 There are lots of traits that can be passed down from generation to generation – including style. Some families seem to radiate great fashion sense and recently some of these stylish sisters seem to be infiltrating our pop culture. Now, if you think it’s hard enough be the little sister in general try growing up in the spotlight of a famous older sister. Some baby sisters have managed to cleverly carve out their own niche while others remain forever lost in the shadows of the bigger, brighter personality. Let’s hear it for the younger sisters who are making it on their own accord while sizzling on the style scene. Here are some younger sisters who are either leading or on par with their fashionable older sister(s). 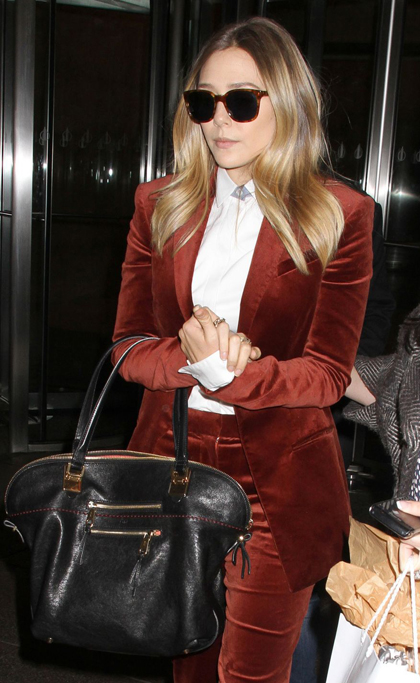 Granted, it’s hard enough when one older sister is fashionable but to be the little sister to the most famous stylish twins in our pop culture has got to be doubly hard. Nevertheless, Elizabeth seems to be holding her own when it comes to personal style. Of course, she gets help from the twins’ fashion line The Row but you have to agree that she rocks it in her own way. It doesn’t hurt that she looks like their lost triplet but she’s definitely making a name for herself in Hollywood as a credible actress. I love Mary-Kate and Ashley but nothing they ever acted in received rave reviews at Sundance. But we’re betting their too busy counting their billions to worry about Tinseltown anyway. 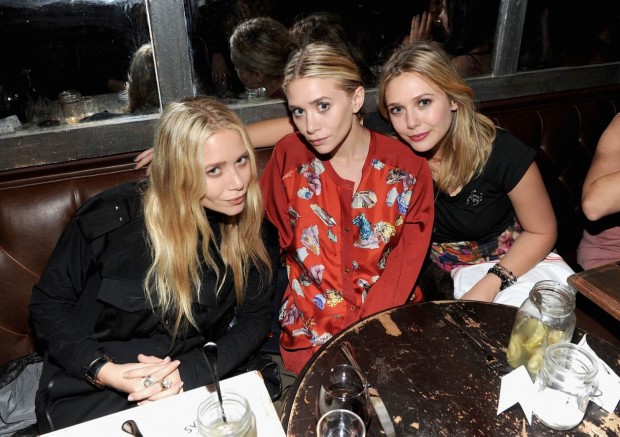 Lizzie has serious style potential. She’s relatively new on the scene – so it may take a while for her to fully blossom into her style. However, to be real, it’s going to be hard to ever top Mary-Kate and Ashley.

Now, I have to admit Dakota Fanning used to freak me out with her excessively mature intensity when she was running around Hollywood as a budding child actress. To me, overly precocious children belong in horror movies. It’s all just a little bit too much, too soon. However, she’s definitely grown into a lovely young lady and now little sister, Elle has quickly come onto the scene and is becoming a fashion tastemaker in her own right. Designers seem to love the Fanning girls. Dakota has been in several Marc Jacobs ads over the years and Rodarte has embraced Elle as a muse. With the kind of looks reminiscent of The Virgin Suicides, is it any wonder that Sofia Coppola cast her in Somewhere? 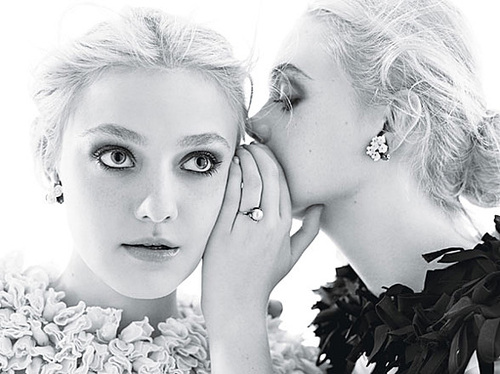 Elle is definitely keeping up with big sister in turns of attracting the attention of big name designers. Rubbing elbows with the Rodarte sisters and Sofia Coppola is nothing to yawn at. We’re keeping our eyes on the littlest Fanning – she’s going places – obviously while dressed in a slew of amazing outfits.

Beyoncé might channel Sasha Fierce when she’s on stage but Solange channels her own amazing fashion taste all day – every day. When it comes to clothes and styling Solange has Beyoncé beat by miles. Homegirl, can rock an outfit – any outfit. And for those who have doubts please reference Destiny’s Child’s early performance outfits and know that Solange would never have been caught dead in that overly matched, gaudy foolishness. Solange manages to upstage Beyoncé style wise which you must admit is an impressive feat. For further evidence, look at the two on vacation where Solange is outshining Bey in the style department. 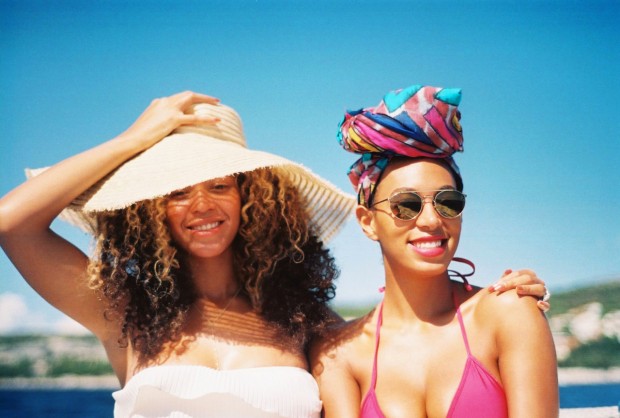 Solange is at the very top of the stylish younger sisters class. Her fashion sense reigns supreme and she is not afraid to be unabashedly herself. It doesn’t matter if she’s being photographed for a magazine, dj-ing at a party or lounging on a yacht – Solange is in the style game to win.

You can’t help where you fall in the birth pattern. However, all these little sisters are holding their own in comparison to their older, famous sibling(s) and establishing themselves as serious style individuals in families with great stylish genes.

What do you think? Who are some younger sisters’ style that you admire?

great, great, great post. been a fan of the olsen twins as fashionistas since before olsens’ anonymous it seems and a fan of the younger ms. knowles before she made the big chop, before her “damn blog,” before she found a voice as a dj, before sol angel – note cosmic journey feat bilal – the business – , but then again, all those choices made me love her increasingly more.

thanks! like the olsen twins, solange has been winning at this fashion game for a minute. it was interesting to make style connections between the different group of sisters.