Trust me, as a writer, picking a name for your characters is something that we take seriously. Sometimes, the name comes easily, almost as if the character named themselves. Other times, it can be an agonizing decision – going back and forth. What sounds better? Is this character a Zadie or an Ann? Paul or Paula? Think about it, would Dorothy from the Wizard of Oz have been better as a Susan? It’s hard to imagine, isn’t it? Scarlett O’Hara as a Clementine doesn’t have the same magic. Some character names are forever ingrained in our consciousness.

Now, what do you think when you hear the name Summer? There have been a few Summers in our pop culture. Would a Summer by any other name still be as likable, or unlikable, or privileged, or bitchy, or bubbly? Check out our list of our 10 favorite fictional Summers and tell us what you think in the comments below.

Summer Wheatley {Napolean Dynamite} As one of the popular girls at Preston High, she runs against Pedro in the school election. Let’s say we didn’t mind when this overachiever lost.

Summer {True Blood – Season 3} Even though we were always rooting for Jessica and Hoyt to get together – it didn’t stop us from smiling at Summer baking biscuits in an attempt to get Hoyt’s attention and make him her boyfriend.

Summer Roberts {The O.C.} Rich girl, Summer was spoiled and shallow but very quickly became one of our favorites with her personality and relationship with indie super nerd Seth Cohen. Seth + Summer = 4ever

Summer Quinn {Baywatch Season 3 & 4} Sure, viewers loved to see Summer in the iconic red bathing suit but it was her love life with Slade & Matt that kept them tuned in.

Summer {Clueless} Summer was part of the cool kids with Cher and Dionne in this classic, teen movie.

Summer Hathaway {School of Rock} Before iCarly, Miranda Cosgrove took control as Summer Hathaway; the band manager and a young girl with a lot of ambition.

Summer Hartley {Definitely, Maybe} We love Rachel Weisz in just about everything including her role as aspiring journalist who may or may not be the mother of Ryan Reynold’s kid.

Summer Falls {Superstar} One of Mary Catherine Gallagher’s nemeses in this SNL spin-off.

Summer Finn {500 Days of Summer} Zooey Deschanel brought Summer Finn to life as the girl who doesn’t believe in true love. Bonus points for when she compared herself to Sid Vicious.

Buffy Summers {Buffy The Vampie Slayer} Even though her first name isn’t Summer, she’s definitely our favorite ass-kicking Summers on this list. In every generation there is a chosen one. She alone will stand against the vampires and all the other Summers… 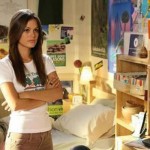 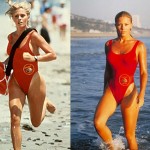 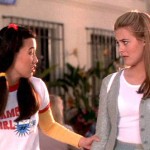 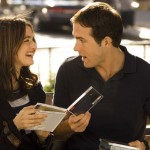 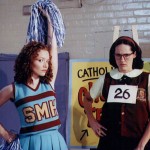 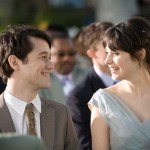 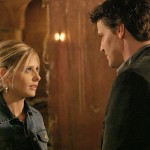 Ahh this is such an appropriate and fun idea for a list!

Thanks for reminding me how many “summers’ there have been via the lens of the screen. I loved this from Summer (clues) to Summer Finn. Great idea and cross mash-up of culture. thanks!