With the Olympics right around the corner, people are letting their patriotism fly freely. Lately the American Flag is everywhere… all over everyone’s bodies. I wonder if most of these people rocking those American Flag denim cutoffs and shirts have any idea that there is a US Flag Code that specifically states what you can and can’t do with the flag.

Yes. According to the Flag Code, a flag is anything “by which the average person seeing the same without deliberation may believe the same to represent the flag.”

Therefore, a flag includes any representation of it of any substance, with stars and stripes of any number. This would include T-shirts and ties.

Other references in the Flag Code relevant to this question are:

Now, this doesn’t mean that you have to dispose of your flag themed apparel because there are no penalties for violating the Flag Code. It’s main purpose is to serve as a guide which can be followed on a voluntary basis to ensure proper respect or the flag. Also, I hardly think the Fashion Police are going to stop and fine you. Not when the American Flag has become so editorially desirable. 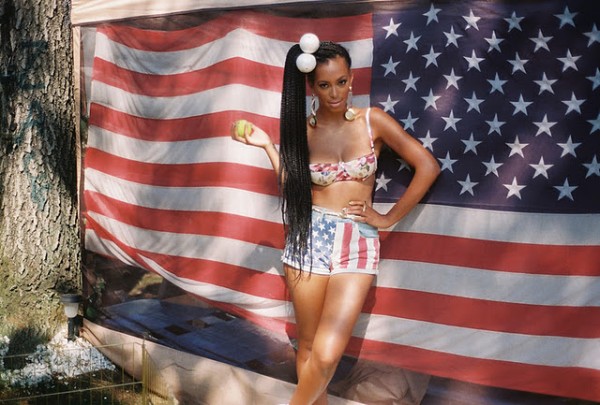 Katy decided to show her major flag affection with the U.S. on one side and the Union Jack on the other.

Katy Perry is the queen of wearing the American Flag. Homegirl is feeling super patriotic.

Stars and Stripes on your feet.

The infamous Catherine Malandrino Fall 2001 collection which she later re-released.

The American Flag is a popular background. 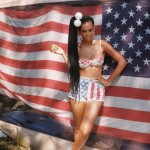 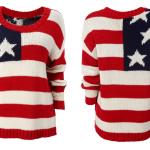 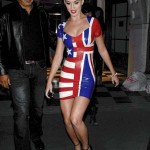 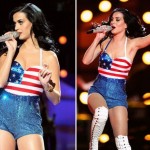 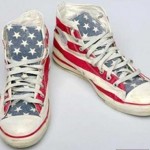 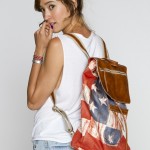 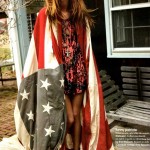 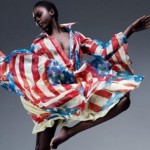 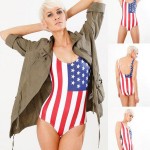 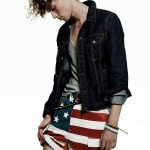 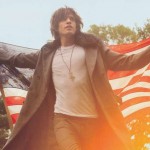 What are your thoughts on incorporating the American Flag or any country’s flag into your wardrobe?

Good post…..Interesting fact about striped clothes; in the medieval period, any surface that had a background that was hard to distinguish from the foreground was apparently disturbing to their eye. As a result, only people on the fringes of society such as entertainers and prostitutes wore stripes.

I was searching for up to date information on this subject
for a couple of days. Now I am satisfied because I have finally reached your article.

Anyway, the info is quite cutting-edge, so just like it.

[…] to play these offerings for real money by registering an account with a respected online casino (find more info). Once a person has documented a real account, they will be required to provide the website with […]