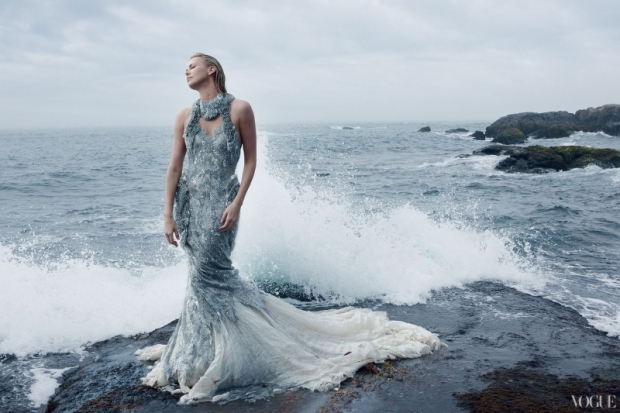 Everywhere I turn, I see another Mermaid. And no, I’m not writing this from my yacht off the coast of some remote island nor can I hear the alluring call of the sirens urging me to dive into the sea. What I mean, is that I see mermaids everywhere. On the telly, in movies, magazines, when I’m on line at the supermarket, or walking through the streets. And the interwebs, let’s not forget the glorious interwebs which is pretty much shoving this mermaid imagery into our collective consciousness.

Do a search for “mermaid hair” and thousands upon thousands of images will pop up of mostly young women with long, flowing, wavy hair. Sometimes brightly hued like Ariel or with wispy, multi-colored ends. Ever wanted to know how to achieve those long wavy locks? A quick youtube search will lead you to some “guru” who will tell you the exact products to use in order to achieve the mermaid hair of your dreams.

Mermaids are the new Vampires. These mythological creatures have been around forever but they are having a very defining moment – a renaissance of sorts – in pop culture right now. Mermaid chic is everywhere and influencing everyone from hairstyles to fashion choices. So since, Mermaids are having the best few years EVER, that of course means that they are about to jump the shark (haha) and become somewhat passé.

As with anything remotely interesting, celebrities (mostly musicians) are embracing their inner Ariels and dragging her out onto dry land. 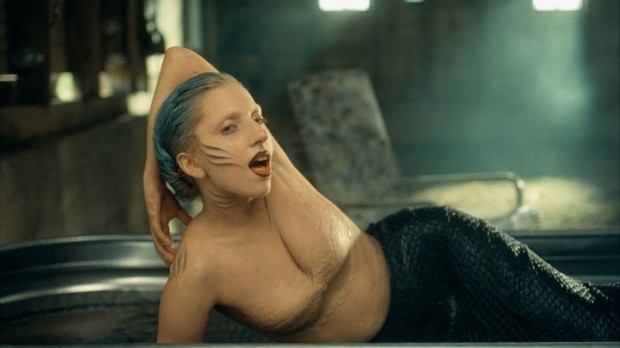 Lady Gaga who can’t seem to stay away from controversy – she’s like a moth to a flame that one – was taken to task by Ms. Bette Midler over the mermaid in a wheelchair act. Ms. Midler wanted the whole world to know that has been part of her act from way before Stefani Germanotta invented Lady Gaga and could Lady G kindly stop stepping on her , ahem, toes. Just goes to show you that people take this mermaid thing to heart. We’re talking about a really deep investment here.

Love her or hate her, Azealia Banks is working that aqua babe angle hard.

Her hair weave of choice is super long and brightly hued. The title of her latest mixtape is “Fantasea” (get it? get it?) and the cover art for the album and resulting singles include a cartoon version of her à la Little Mermaid.

She’s also headlined a few Mermaid Balls where along with a series of live performances – guests have the opportunity to dress up in all their under the sea finest. With the chance of winning a $1000 prize for the best costume. Such a shame, I wasn’t able to attend since I have the best sea-shell bra let that would have brought the house down. FIERCE.

With these types of shows, Azealia’s paying homage to the late 80’s/early 90s era of New York gay nightlife with galas & balls. If you haven’t seen the documentary, Paris is Burning, drop everything and do so now. Well, finish read this post and then go get your education on.

Mermaids are so in that they’re even part of a popular internet meme, The Hipster Mermaid. It basically consists of a photo of Ariel with black-rimmed glasses and ironic sayings that make fun of hipsters. We get it, everyone makes fun of hipsters. 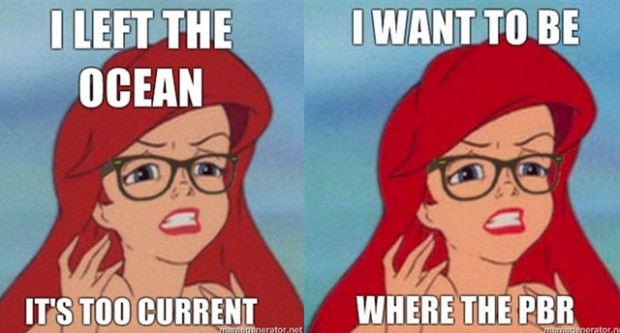 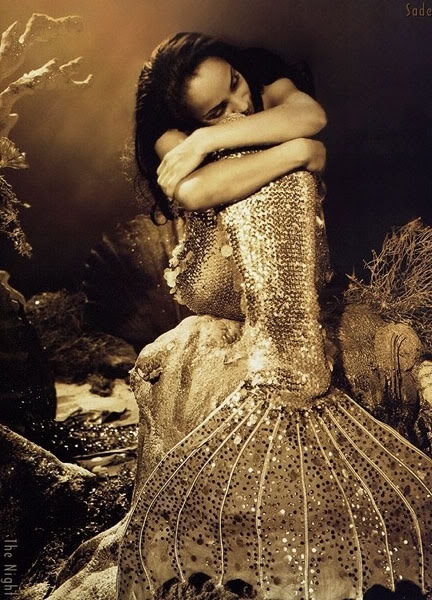 But let’s keep it real, are we ever going to be tired of these mythical creatures? Probably not. Mermaids are going to continue to influence fashion, music and more for awhile. Even songstress, Sade got into the mermaid bit in her video for No Ordinary Love. (One of the best mermaid interpretations in my opinion.)

Women are going to continue to lust after long locks. Designers will keep being inspired by the creatures of the sea. In fact, last year, Animal Planet premiered a special on the possibility that mermaids could exist : Mermaids: The Body Found. If people start thinking that mermaids are real, then we might have just opened a whole ‘nother can of worms.