Hey there, you special little snowflakes. Hope your weekend was out of this world spectacular. Let’s get started with another delicious installment of Rewind<< – where we take a look back at the haute stories of the past week.

<< This is the week that the interwebs had every kind of opinion about Miss Miley Cyrus’ hair. Or lack thereof.

Last Sunday night while many of us were waiting for the return of the Spice Girls, Miss Cyrus tweeted one picture that started a week’s worth of social media mayhem. People just about lost their damn mind about Miley making the decision (wait for it) to cut the hair… that is attached… to her own head.

She was compared to Draco Malfoy (kind of funny), a lesbian (even though she is currently engaged to a man), among many other things.

What I find most fascinating is the way that long hair is seen as the absolute ideal of femininity. Many wanted to know what Liam (her fiancé) thought? Would he still love her? I’ve found myself in a similar predicament when I had expressed my thoughts about getting a haircut and was met with so much disapproval from some of the people in my life

As if my WHOLE world is dependent on whether a guy is going to love my hair.  As if, I have nothing else to contribute to a relationship besides the dead bits of protein that grow out of my head. Is this real life? Sadly, it is.

I did go ahead and cut my hair and please, let the record show that guys like me with long, medium and short-ish hair. GO FIGURE.

Yes, long hair is beautiful and luscious, etc, etc. But so is short hair. Anyway, hair grows. HAIR GROWS. Unless you’re bald, it will continue to grow. Also, can we just remember that Miley is 19 years old. And yes, when it’s growing out she will probably have moments of hair regret but that’s normal and frankly a part of life.

I like the look she was going for – she clearly wanted an edgy, fashion forward style and I applaud her for taking the scissors to the head. At the end of the day, she’s just being Miley y’all.

I’m not into the Twilight series and while I think he’s moderately good-looking (at certain angles) I’ve never had a swoon moment over him.

That is… until this week. 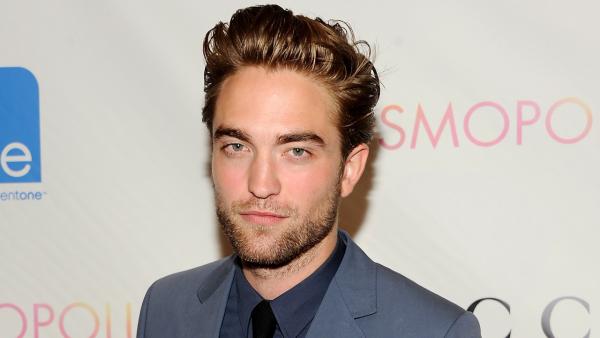 Robert Pattinson came out of whatever hole he was hiding in after the whole Kristen Stewart cheating debacle to promote his new movie, Cosmopolis.

And, even though it pains me to say this, that man looked Good. With a capital and bolded G. I think it’s safe to say that heartbreak agrees with him?

This is the first time I ever, ever in my life thought this sparkly vampire was handsome. Like really handsome. Looking fresh to death in a Gucci suit, Rob is (dare I say it?) sexy.

After watching him on Jon Stewart I slowly started to think about how he might need a shoulder to cry on and I could be that shoulder. What in the Hell?

What is wrong with me??  What does it say about me that I’m drawn to the damaged guy?

While I continue to ponder this, let’s move on…

<< This week brought upon the return of a national treasure, the week long holiday known as Shark Week. Which, to be honest, I don’t understand why our culture gets so excited for this. How much do I need to know about those toothy predators besides the fact that I never ever want to encounter one in the ocean.

Here’s the opening sequence to Jaws if you need a reminder:

How many shark attacks do we need embedded into our consciousness? Clearly, not nearly enough. Anyway, Complex Magazine gave us a list of the 25 Best Designs Inspired by Sharks. Clearly, you want to click this link. 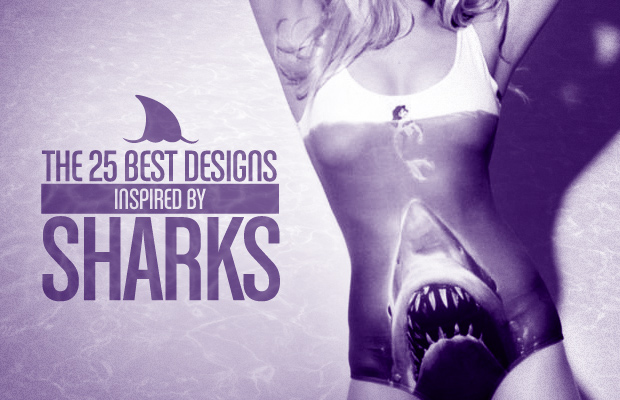 << In WTF news, Russia was thrust into the spotlight this week because of a little feminist punk band you may have heard of: Pussy Riot. Each member was sentenced to 2 years in prison for performing a song (Mother of God, Please Put Putin Away) that spoke out against Russian President Putin. Two years for a basic right that we here in the United States pretty much take for granted – our beloved freedom of speech.

Whether you like the band or not, you have to be aware of the fact that this type of censorship still exists and be thankful for the freedoms that we have in America. Another thing to seriously think about is the upcoming election and how important it is to be aware of the candidates. Let’s be sure that we have all the facts to make an informed decision that will help bring progress and not send us back into an era of scare tactics.

<< Thankfully this week, Beyonce went cray cray on her tumblr this week by unleashing a massive photo blast revealing bits and pieces of her amazing, superstar life.

<< Finally, RuPaul through the power of the old twitter gave the world a very special gift in the form of an image.

A picture of him at his high school prom. 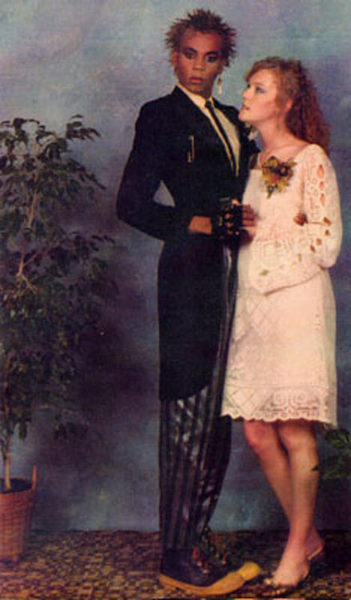 This is glorious on so many levels. He is smizing and giving the ultimate face. He owns that photo. Even his date can’t keep her eyes off of him. You betta work!

Until next week, lovelies.

Great rewind. Love Miley’s hair, love it! I dig when people are individuals, and life is about experiment and experience.