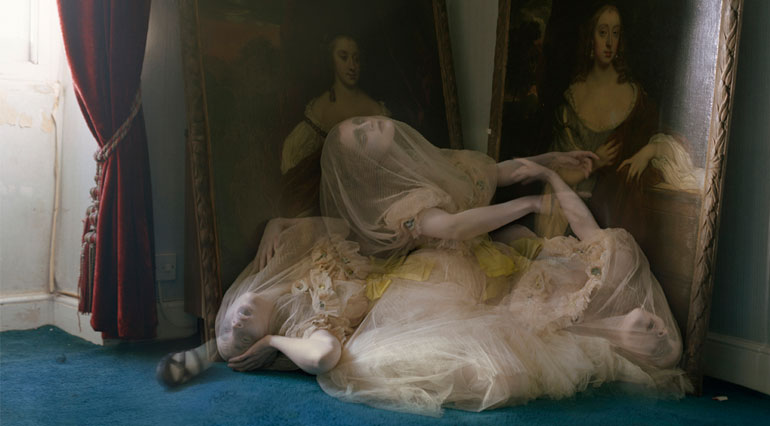 We interrupt our regularly scheduled programming of Rewind<< to bring you our latest Swoon :: The Spooky Edition.

As we get closer and closer to Halloween, strange things continue to pop up all over the interwebs which sometimes finds me scratching my head. Nevertheless, I thought I would share some things that I have seen that literally make me weak in the knees from all the spookiness.

1) These Apex Predator Shoes from artists Fantich & Young definitely fall under the spooky category. The soles are comprised of 1500 dentures, some of them gold teeth – which make them creepy and whimsical at the same time. These are the type of shoes that a villain with a sense of humor would wear in a movie. In fact, these are perfect for a Christopher Walken menacing character type. Don’t you think? 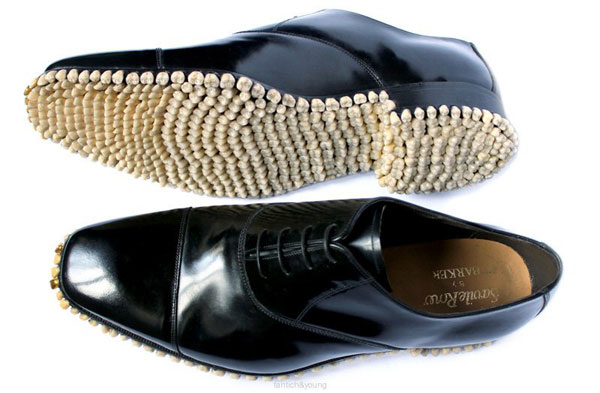 2) Now, I don’t know what it is about Hollywood and their incessant desire to remake every movie in the last 40 years. What’s that all about? Writers, producers, creative types are getting paid millions to re-hash films that have already created. If that’s the case, can Hollywood hire me? I will give them lists upon lists of movies that could use a remake.

However, I absolutely do not understand why anyone thought that this masterpiece by Stephen King needed to be remade? Carrie is pretty much horror film perfection in 98 minutes. Why mess with a classic? I’m going to keep my fingers crossed that it’ll be decent but with the way remakes are filmed now, you can’t be too sure.

What I do happen to love from this remake is some of the marketing techniques being used to lure viewers. In particular, if you call this number 207-404-2604 you will hear a recording of the actresses playing Carrie White and her mother. Now if you’ve seen the original Carrie movie or read the book, then you know Carrie’s mother is batshit insane in the membrane. You can call the number or listen to a recording of the creepy call.

3) Finally, something that is not quite spooky but just simply awesome.

I’ve been a fan of Zana Bayne for a long time ever since I first discovered her Garbage Dress blog. When she launched her eponymously named leather collection, there were many times that I lusted after those amazing harnesses and wanted to desperately commit to making a purchase. Well, you guys, it’s happened again. I found a new Zana Bayne leather item to lust over.

This black peplum belt is everything that I could possibly want in waist-wear. Everything! 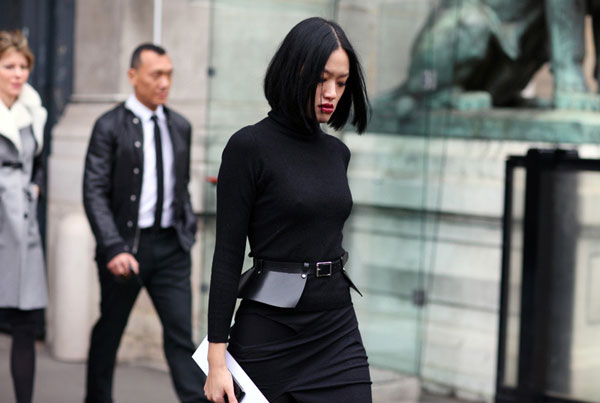 Until next time, lovelies…