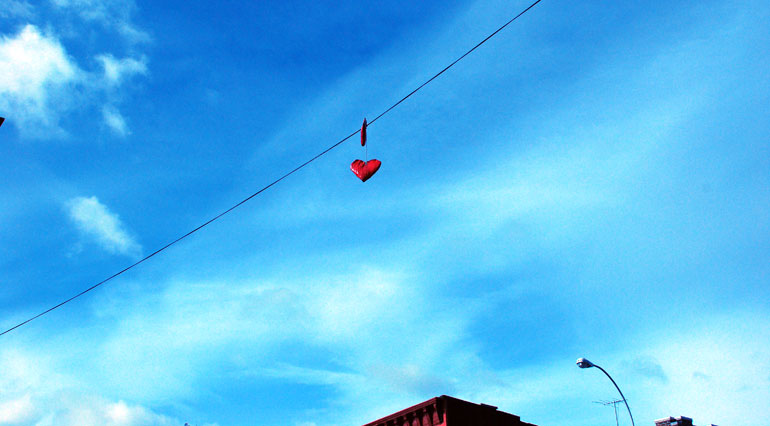 I took the above picture last Thursday. Three days after Hurricane Sandy blew into town. Two full days after having the devastation that she left behind fully ingrained into my consciousness. On Thursday, I walked around Brooklyn, surveyed the damage, talked to people, shared stories, found ways to be helpful and felt my beloved city take in the warmth and hope from its citizens. At one crosswalk, I happened to glance up and saw these red hearts dangling from a wire.

Now, I’m used to seeing ghost shoes but this was the first time I had ever seen a pair of red hearts. As cheesy as it sounds, I felt a camaraderie with whoever had thrown them up there. I couldn’t be sure that it was because of Hurricane Sandy but all I know is in that moment it felt like a visual manifestation of the love for my city, my hometown, my neighbors and fellow New Yorkers. If you are in the area and would like to volunteer, check out this detailed list from NYC service.

<< I’m going to be completely honest with you guys. This past week I’ve been preoccupied with dealing with the aftermath of Hurricane Sandy. Like I wrote in a previous post, “many of my friends and family throughout the entire tri-state area (NY, NJ, CT) are still dealing with loss of power, flooding, etc.” Unfortunately, this remains true.

The wonderful thing about us New Yorkers, is that we’re tough. We react, we bounce back and eventually we heal. For instance, the fact that New York Magazine was able to still put together an issue last week, while many residents throughout the 5 boroughs were in perpetual darkness shows how we still continue to push, to live, to create. Can we talk about how absolutely breath-taking this cover is? 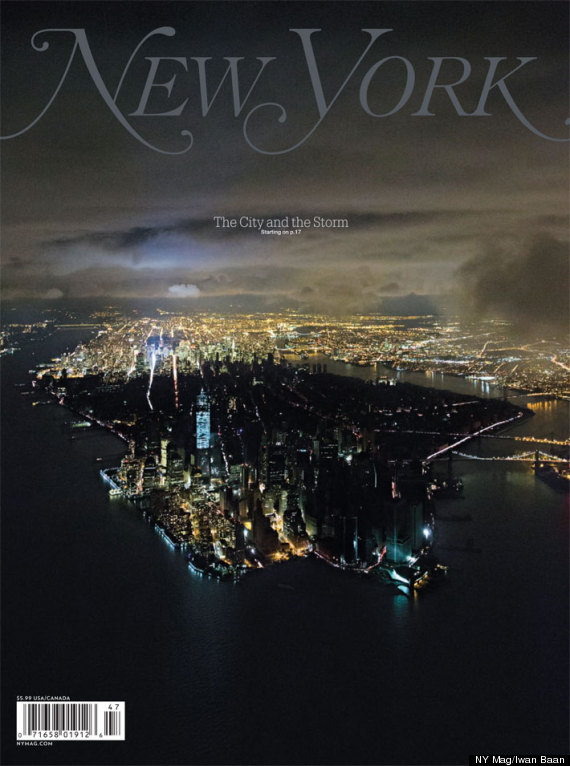 To read more on how this cover and the issue came together, click here.

<< At some point last week, No Doubt released their new video for the song “Looking Hot”. While, I have a lot of love for vintage No Doubt, I’m completely underwhelmed by their new album. womp womp

Since, I haven’t been waiting with bated breath for anything from them, I almost completely missed their new video. Which was filled with so much Native American imagery that I didn’t correlate with the song. Not that every video and song need to go together but it honestly felt like an excuse to wear headdresses and fringe and roll around in a teepee in the middle of a dessert. Here’s the thing, many people felt that it was racially insensitive, etc. etc. 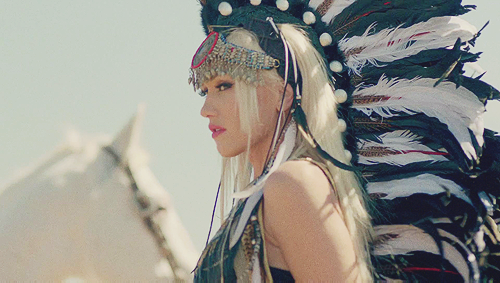 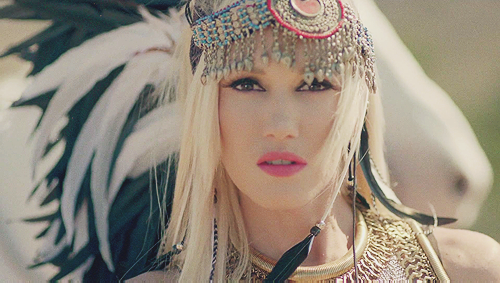 Anyway, No Doubt decided to remove the video stating:

“As a multi-racial band our foundation is built upon both diversity and consideration for other cultures. Our intention with our new video was never to offend, hurt or trivialize Native American people, their culture or their history.   Although we consulted with Native American friends and Native American studies experts at the University of California, we realize now that we have offended people.  This is of great concern to us and we are removing the video immediately.  The music that inspired us when we started the band, and the community of friends, family, and fans that surrounds us was built upon respect, unity and inclusiveness.  We sincerely apologize to the Native American community and anyone else offended by this video.  Being hurtful to anyone is simply not who we are.”

Kudos to them but as much as I love Gwen Stefani, she has a tendency to appropriate cultures into her videos. Have we forgotten the four silent Harajuku girls she used to have follow her around when she was promoting her solo albums. Seriously though, what was up with that???

<< As most of you know, Halloween was last week and even though I didn’t pay as much attention as I usually do. I did happen to catch this photo of Ms. Katy Perry and Ms. Shannon Woodward as Jane Lane and Daria Morgendorffer. 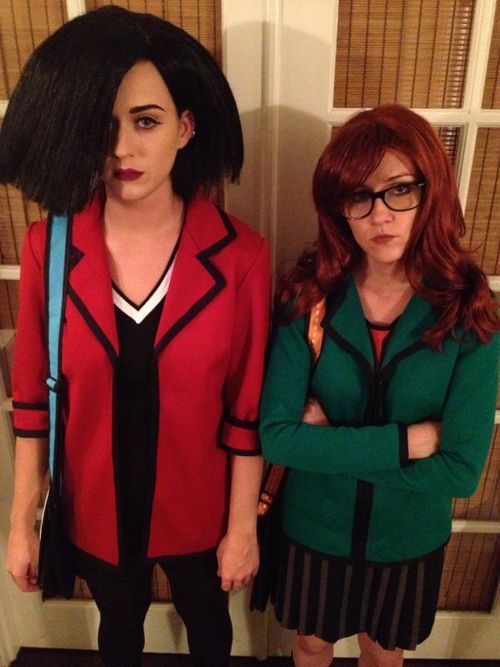 Until next time, lovelies.