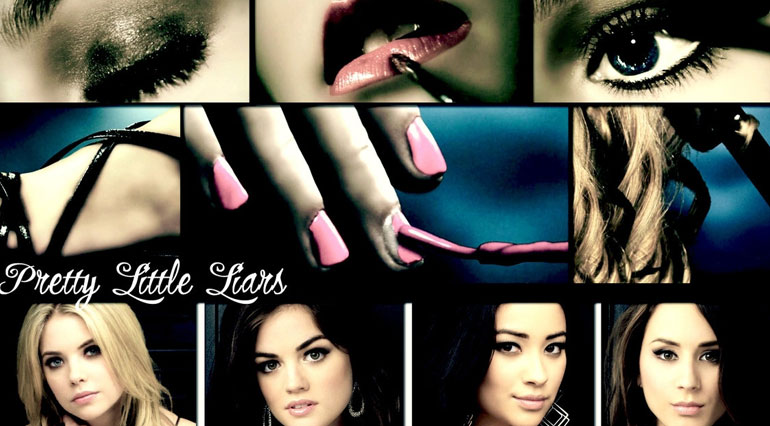 Welcome back to Theme Show Tuesday. Why don’t you sit back and get comfortable while we talk about this week’s song?

Pretty Little Liars is an ABC Family show about…well, pretty little liars. Talk about succinct and to the point.

This melodrama follows the lives of 4 teens whose lives start to unravel when their Regina George, I mean, Alison something or other disappears. A whole year later, they each start receiving mysterious texts about their secrets from someone named A. Hmmmm?

Logically, they think it’s Alison until her body is discovered. Whoops!….there goes that theory. Basically, they spend their time trying to figure out who else knows all their dirt. Aaaand, making sure that the rest of the world doesn’t find out their shady business either. Blah, blah, blah let’s get to the theme song!

Speaking of secrets, the theme song fits perfectly with the premise of this show.

Can we all agree that it’s creepy and haunting? Hauntingly creepy. Creepily haunting. It definitely sets up the mood for what the show is about.

The song is “Secret” by the Pierces who I happened to see perform opening night at the New Music Seminar this past summer. “Secret” was written and released before the show aired but can we say match made in heaven? Yes.

Got a secret
Can you keep it?
Swear this one you’ll save
Better lock it in your pocket
Taking this one to the grave
If I show you, then I know you
Won’t tell what I said
Cause two can keep a secret
If one of them is dead.

Here’s the entire song. Because you know you want to hear the WHOLE thing.