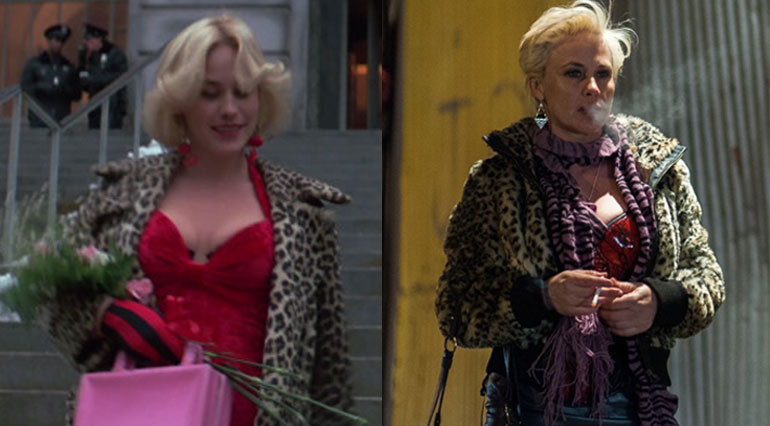 Last night on Law & Order: SVU, Patricia Arquette guest starred as a hooker (Jeannie Kerns) with a very important role in the investigation of a serial killer gone cray-cray. Let the record show, that Patricia Arquette has gone down this hooker road before in the film classic, True Romance. (FYI: it’s one of my favorites.) In fact, there were times that it felt like she was channeling the amazingness of that character, a call girl named Alabama Whitman/Worley.

On SVU, Jeannie is a working girl – ahem- working woman; who has been on the job for 25 years and is one of the older ladies working the block.

Jeannie could be a modern day Alabama if she never married Christian Slater’s character, Clarence, decided to move to New York City from Detroit and changed her name. Annd, if the only thing she kept was her sense of style. Jeannie Kerns (SVU) wears pretty much the same things that Alabama Whitman/Worley (True Romance) did. 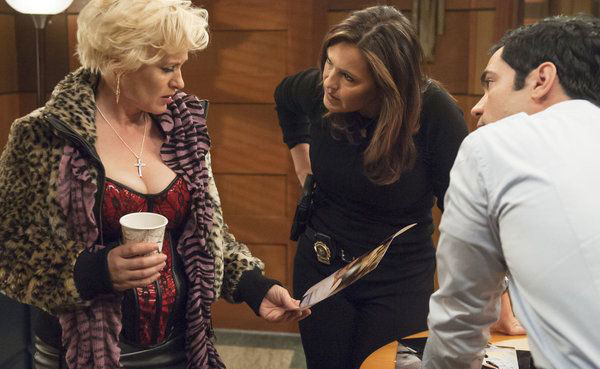 The leopard fur coats lives on you guys! I have loved Alabama’s leopard fur coat pretty much from the moment I saw it. In fact, I’m still waiting for the thrift gods to send one my way. 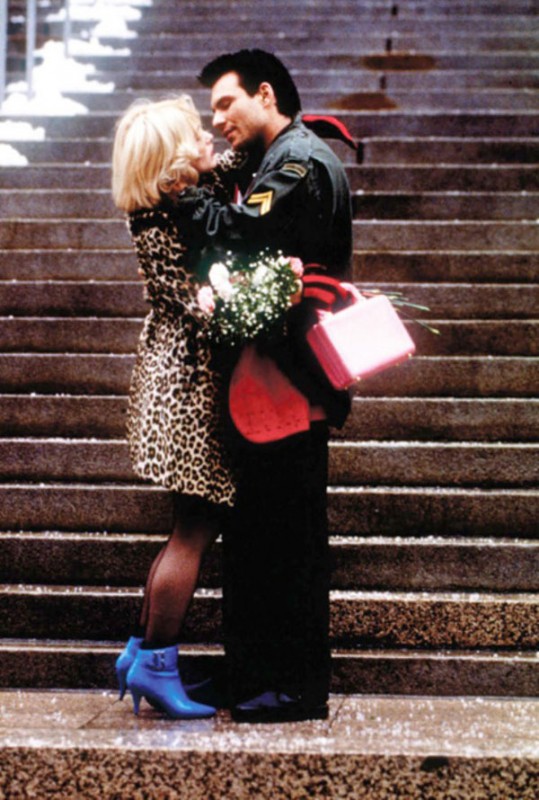 There’s too many similarities for me to just believe that this was just a big ‘ole coincidence. Unless, this is what Hollywood thinks hookers wear when it’s cold outside.